Take part in the new AK/ÖGB online campaign before the Social Summit in Gothenburg!

The Heads of State and Government of the EU will gather for a “Social Summit” in Gothenburg on 17 November 2017 to ceremonially proclaim the “European Pillar of Social Rights’ presented by the Commission. Help us to set a signal to ensure that words will be followed by deeds!

The European trade unions and the AK do not only demand the proclamation of the “European Pillar of Social Rights” at the Social Summit in Gothenburg, but above all a specific roadmap as to how to move forward after the document has been signed. This includes tangible measures and obligations for the actual enforcement of all 20 principles and rights.

To lend weight to this demand, ETUC, ÖGB, DGB and the AK, together with many European trade union federations, have initiated an online campaign, which you can use in the remaining days until the Summit in Gothenburg to contact the Heads of State and Government via Twitter und Facebook.

The launch of the campaign at the beginning of this week was accompanied by a video projection onto the main building of the Commission in the presence of numerous representatives of European trade union federations, among them ETUC President Rudy De Leeuw, ETUC Secretary General Luca Visentini and the ETUC campaign coordinator Esther Lynch. 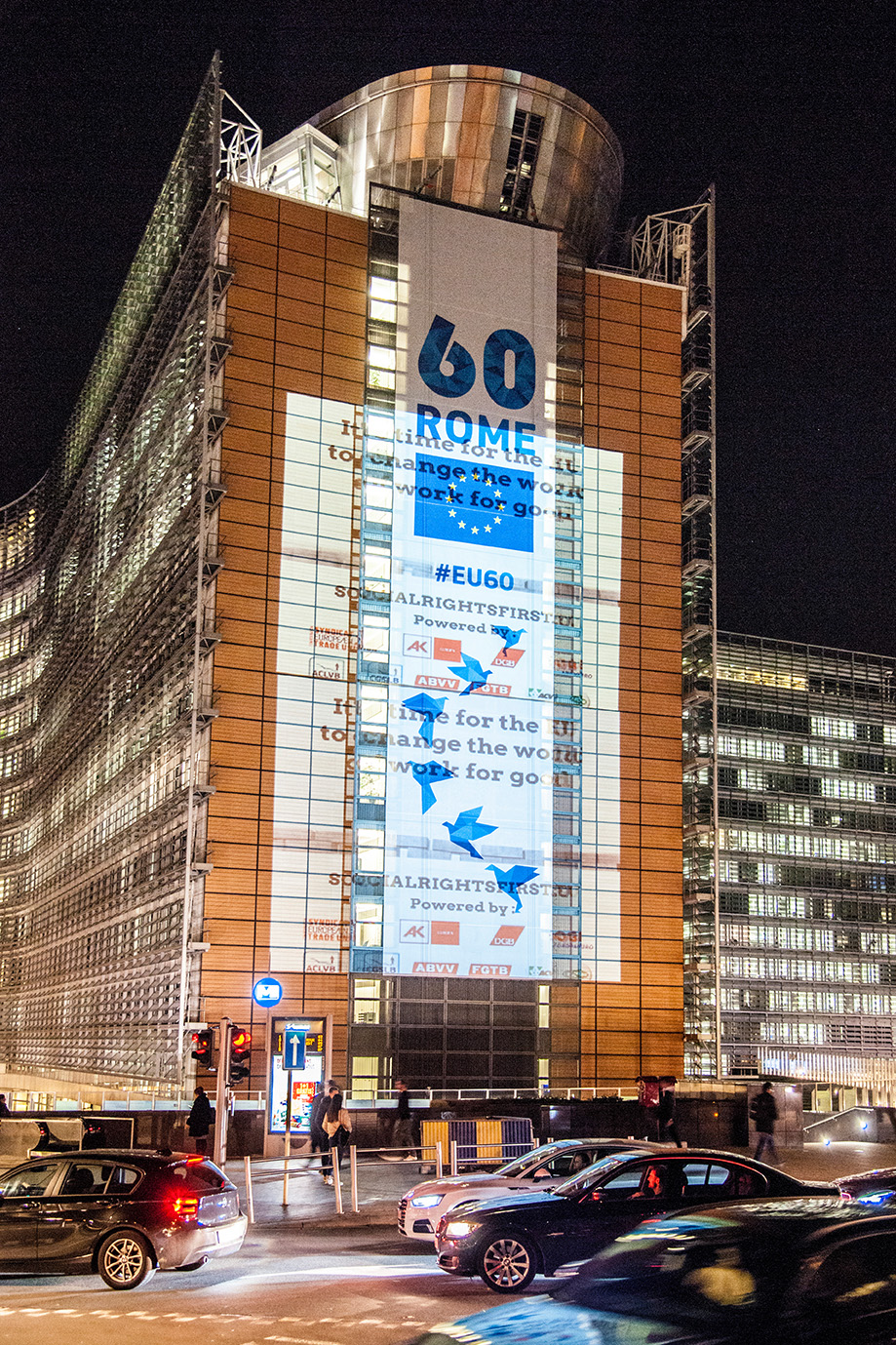 Also this week, the Belgian trade unions held a large rally to draw attention to their demand for a social Europe and an end to social dumping 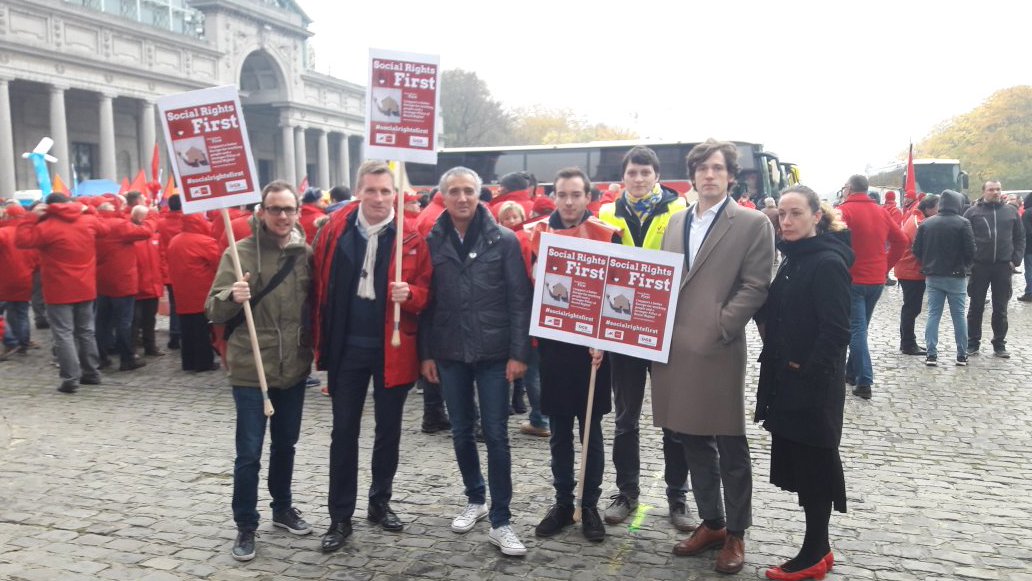 AK and ÖGB would ask you to use the last remaining days until 17 November to support and to spread www.socialrightsfirst.eu.