Companies today are operating with impunity around the world. Too many of them wreck the environment, abuse workers’ and trade union rights, kick indigenous people off their land or support modern day slavery. Those who stand up to corporate abuses around the world are fired from their jobs, thrown in jail, go missing or worse.

The European Commission is finally ready to consider a new law to hold businesses accountable for their impact on people and the planet and has recently launched a public consultation. With this consultation the Commission wants to hear the opinion of citizens on how to design new corporate due diligence rules that would hold business accountable.

The Austrian Chamber of Labour, the Austrian Trade Union Confederation, the European Trade Union Confederation, the European Coalition for Corporate Responsibility and Friends of the Earth, have therefore started a campaign at European level. Via the campaign website, citizens can call on the Commission to propose a piece of legislation that effectively combats human rights abuses committed by businesses.

These rules on mandatory human rights and environmental due diligence should require all companies, from fossil fuel giants and agribusiness to fashion retailers and electronics makers, to establish effective policies to make sure human rights and the environment are not being harmed in their global operations and supply chains.

The EU can and must use its power to set ambitious standards in the fight to hold business accountable for things like union busting, forced labour, land grabbing or toxic waste dumping. 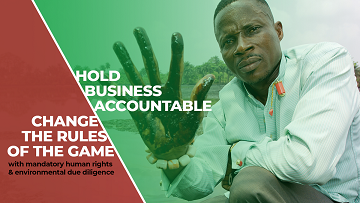 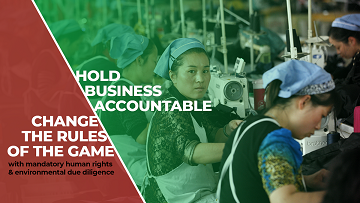 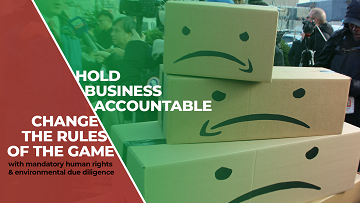 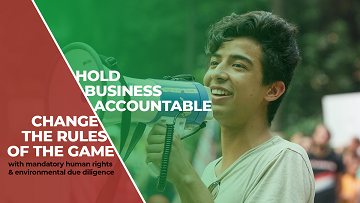 The campaign is jointly organised by

We need as many people as possible to convince the European Commission to change the rules of the game to end corporate impunity and enforce human rights.

Help us build pressure and have your say until 8 February 2020!

Through our campaign website you can take action and contribute to the Commission’s consultation:

To attend this event