Large corporations, low taxes – it is time for change

Multinational corporations are not paying their fair share of corporate taxes yet. Within the current OECD project, ministers of finance of the OECD must find mutual consent on minimum tax rates for corporations. The need of public investments due to the corona-crisis is high, we can no longer afford the tax advantages of Multinationals. In the next days the G20 will meet – let us together increase the pressure on them to negotiate the introduction of minimum tax rates!

To support the campaign for more tax justice, share our subjects with the hashtags #MakeMultinationalsPay and #TaxJustice on social media. 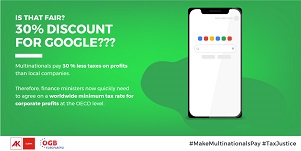 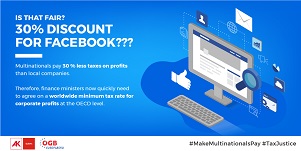 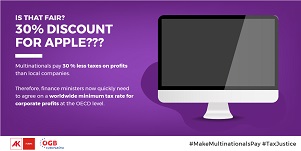 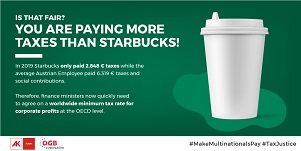 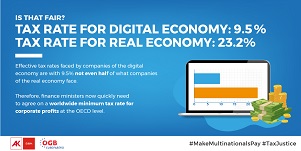 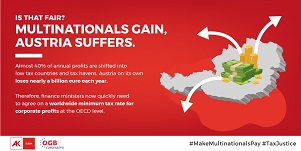 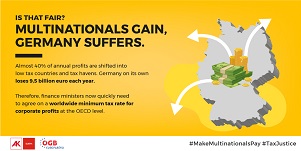 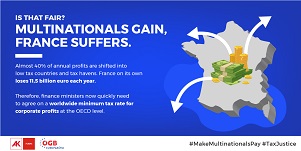 The reasons for our demands

The tax burden of multinationals is decreasing!

International corporate taxation regulations are outdated. Some EU-countries still engage in a race to the bottom by trying to attract corporations with low taxes. Coincidentally, tax avoidance strategies used by corporations are getting more aggressive.

These problems have been well known for decades, but thus far have been ignored by politics, until now. Nevertheless, we now know that:

COVID-19 amplifies this imbalance: While global tax revenues nosedive in 2020, countries spend billions for bailouts and preventing a recession. Privatizing profits but socializing losses must be restricted during crises. Additionally, multinationals often benefit disproportionately due to their size and sometimes even from the crisis itself (e.g. e-commerce or streaming services).

The benefits of a minimum corporate tax rate

If an effective uniform tax rate for corporations in OECD-countries was introduced,

Supporters of the campaign: 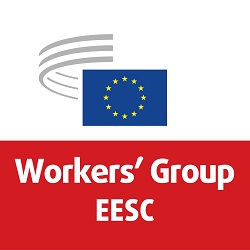 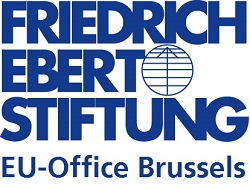 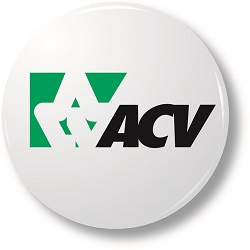 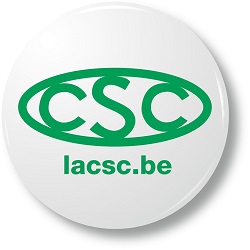 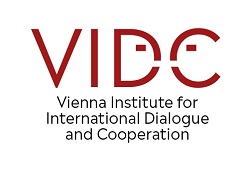 To attend this event